An American in Paris

When Karen Rudel first got to Paris, she was the typical American enjoying her post-graduation trip and then realized she couldn’t stay away.

Born and raised in Johnstown, Pa., Rudel is the youngest of five children. Her brother Mark lives in Atlanta. Through the years, Rudel has taken many from Atlanta on her Sight Seeker’s Delight tours through Paris.

Rudel attended Temple University in Philadelphia, majoring in theater. Using her theater and music experience, she made a life in Paris, playing in bands, including reggae. In her spare time, she taught English and babysat.

During her parent’s first visit, as Rudel was showing them around Montmartre, her mother suggested her daughter would make a great tour guide. That was Rudel’s “aha moment.” Now, for over 20 years, Rudel has been leading tours throughout Paris.

She started with guiding backpackers in hostels and now owns one of the leading walking tour companies in Paris.

What makes Rudel different is her comedic shtick, the insider stories she tells, her knowledge of Judaism in France, the French Resistance, and the Holocaust. She blends her in-depth knowledge of all things Paris with her experience in theater.

Pre-pandemic, Rudel, and her guides (all actors) offered about 16 different types of walking tours from Versailles to foodie excursions. Due to COVID-19, with no tourists to entertain and educate, Rudel came up with a new take on virtual tours. With her in-depth and close-up itinerary, which she bases on her in-real-life visits, she has found a way to virtually take tours to the public, including groups who would never be able to travel. She has guided excursions for groups in senior living facilities, religious school groups, synagogues, book clubs, families, and groups who were planning their trips this summer but canceled due to the pandemic.

Rudel, who is married to a Frenchman, with whom she shares a 10-year-old son, prepared for her business by diving deep into history and the arts of Paris. She read over 700 books. She explored the locations, visited with the local shopkeepers and restaurants, spoke to the people in charge, including rabbis and historians, survivors, and even Righteous Gentiles who risked their lives to hide and save Jews during the Holocaust.

A trained performer, Rudel views her tours as a movie set, with each stop oozing secrets to be shared and tidbits to be learned. Rudel took the AJT on two tours: Jewish Paris and the French Resistance. She emphasized that these were not tours about “being Jewish,” they were a trip back to explore Jewish history and culture in France. 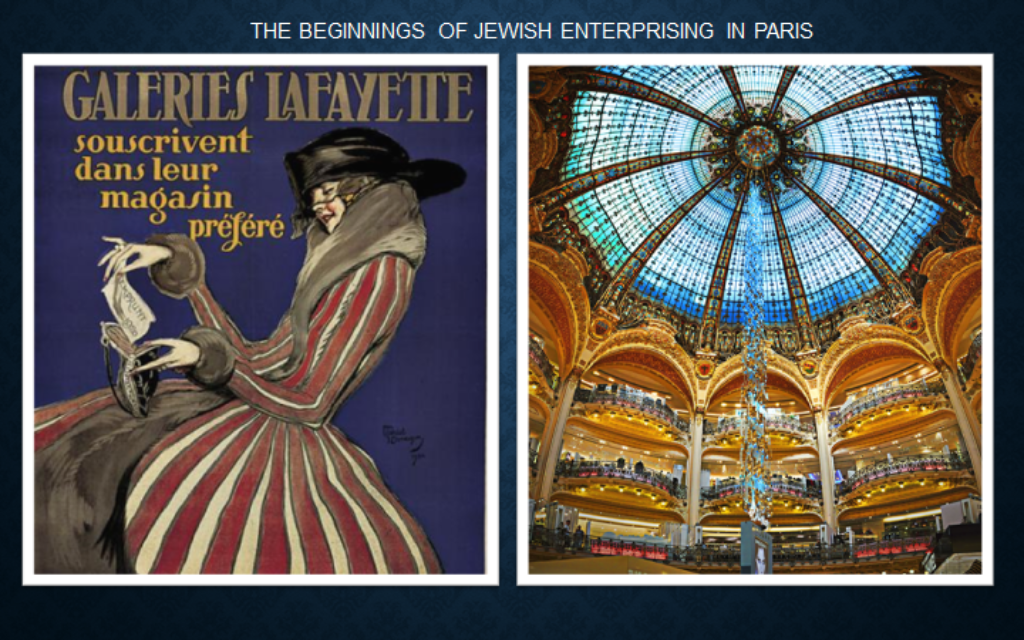 Jewish history in Paris, particularly in the Jewish Quarter known as Le Marais, dates back 2,000 years. Rudel shared stories of the history of French Jews and how the mercy of their lives and livelihood depended on the benevolence of kings. Despite persecution and anti-Semitism, Jews contributed and thrived in all aspects of French life. Jews excelled in the arts, medicine, business, and finance. Having been forced to work in only certain types of commerce, they prospered in those areas until a king decided to change those fields because the Jews were becoming too successful. Still, the Jews expelled. The Jewish people in France were sub-citizens until Napoleon emancipated the Jews in 1789. But anti-Jewish laws and restrictions were passed in the early 1800s as Jews became more successful and involved in arts, politics, and banking.

About 75 percent of French Jews are Sephardic. Up until World War II, Jews in Paris were well assimilated and predominantly non-traditional. Most were from Eastern European, Ashkenazi backgrounds. By the end of World War II, about half of the French Jews had perished. For the most part, those who survived became less affiliated or connected to their Judaism due to the atrocities they experienced in the Holocaust. Decades later, more and more Sephardic, French-speaking Jews, immigrated from Tunisia, Algeria, and Morocco. Today, France has the largest Jewish population in Europe.

Among the more famous French Jewish leaders, such as Prime Minister Léon Blum, I was shocked to learn that Nostradamus, as well as the founders of the famous Galeries Lafayette department stores and Citroën cars, were all Jewish. Other Jewish leaders who left their marks on Paris include artists, actors, writers, and Nobel Prize winners. The tour covers the history and stories of so many of these iconic figures, many of whom did not publicly disclose their Jewish identities for fear of anti-Semitism.

The tour began in the historic district of Le Marais, once the major Jewish Quarter. Although the area today still houses kosher restaurants, synagogues, gifts, and Judaica shops, it is also a beautiful, trendy area with clubs, galleries, shopping, and a thriving LGBTQ community. We toured the Place des the Vosges, explored hôtels particuliers (grand private homes, many from the 18th century). At the Place des Vosges, we saw the Synagogue des Tournelles, which was designed by Gustave Eiffel (of Eiffel Tower fame). Rudel stopped at places that memorialize the deportation of children, yeshivot as well as several synagogues, many of which are entirely unmarked. Because Rudel works closely with so many in Le Marais, synagogues that are undisclosed and do not allow regular tourists to visit are typical stops on her Jewish History of Le Marais tour. The synagogues look like simple apartments or generic buildings, but some unleash tales of hundreds of Jewish children that were hidden and saved by brave citizens, both Jewish and Gentile. As for the Torah scrolls, only in Paris could you find a Torah wrapped in a fabulous scarf. Another famous Synagogue we visited is the Art Nouveau Synagogue designed by Hector Guimard, famous for his Paris Metro stations. The tour stops at Chez Jo Goldenberg restaurant where, in August 1982, an infamous anti-Semitic bombing and the shooting attack took place. Six people, including two Americans, were killed and 22 injured. This attack marked the first anti-Semitic attack post World War II in Paris. 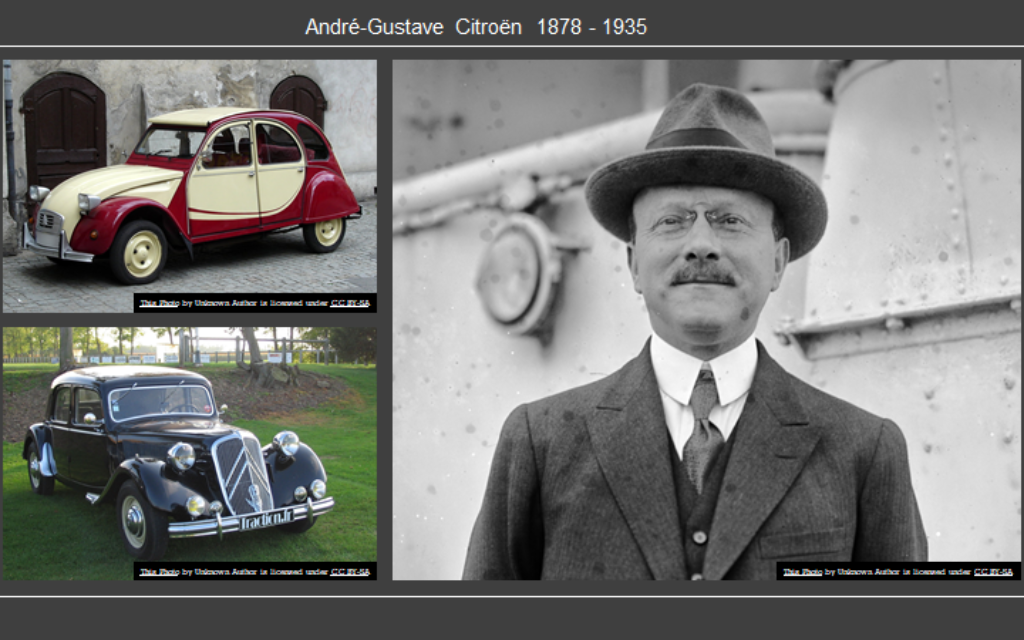 Part of Rudel’s itinerary spotlights the history and stories of famous French Jewish dignitaries. Artistic and historical figures who are Jewish include actress Sarah Bernhardt, Isaac, and Daniel Carasso, founders of Danone (Dannon yogurt), and Camille Pissarro, the late 1800s painter considered the “father of Impressionism.”

Rudel spoke about Alfred Dreyfus, the illustrious military officer who was tried and convicted of treason for allegedly passing French military secrets to the Germans. L’Affaire, or The Dreyfus Affair as it is also known, was a major political scandal of appalling anti-Semitism. Several years after Dreyfus was convicted, writer Émile Zola submitted a letter to the newspapers entitled J’Accuse…! which eventually led to a new trial, followed by Dreyfus’ exoneration.

Rudel also discussed how Zionism began with Theodor Herzl in Paris. Herzl was the Paris correspondent for an Austrian newspaper following the Dreyfus Affair. He witnessed the Dreyfus anti-Semitic rallies, and thus became a more active Zionist. In the late 1890s, he published “The Jewish State,” which documented the need for a Jewish homeland. 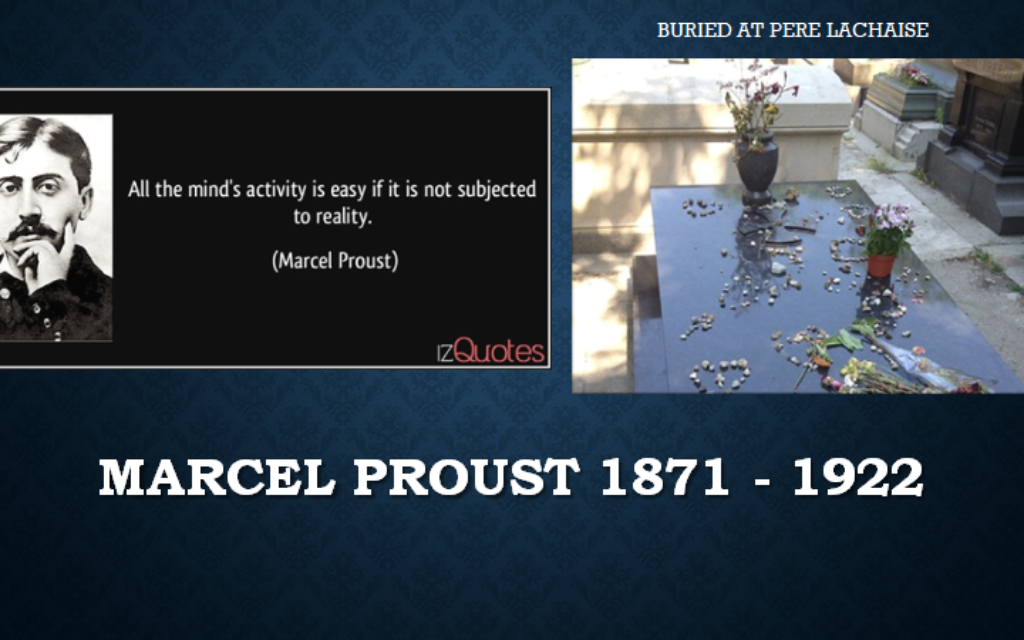 Marcel Marceau and the French Resistance

The tour also incorporates accounts of Marcel Marceau, the famous French actor (Jewish) who studied performance in Paris during World War II. Marceau was recruited to the French Resistance by his cousin Georges Loinger, a leader in the Oeuvre de Secours aux Enfants. This Jewish relief group smuggled children out of occupied France. Loinger, who saved about 350 children, died at 108 in 2018.

At times, Loinger needed to keep the children quiet while they were being smuggled from Paris to the safety of the Swiss border. His secret weapon was Marceau, who used his training as a mime to help the children feel safe, keep them quiet, and save their lives. Marceau, who lost his father in Auschwitz, used his experiences to create and develop his legendary pantomime characters during the war.

In her tour, Rudel talks of meeting Loinger and Frida Wattenberg, another hero of the Resistance. Wattenberg died this April at the age of 95, from COVID-19. She grew up in Le Marais and joined the Resistance at age 16. She is renowned for her talents in creating and procuring false papers enabling Jews to escape France. She also rescued many groups of children through the Oeuvre de Secours aux Enfants.

The French police captured Wattenberg’s mother in the infamous roundup of the Vélodrome d’Hiver, the most massive arrest of Jews in Paris by the French police. July 16 and 17, 1942, 13,152 Jews (4,000 of them children) were arrested and held at the Vélodrome, an indoor stadium, without food, water, restrooms, or other sanitary facilities. From there, the Jews were sent to Auschwitz. Wattenberg somehow was able to rescue her mother from the Vélodrome by procuring false papers that ‘proved’ her mother worked in a factory making clothing for the German army.

Our tour ended at the Shoah Memorial, honoring those deported from France to concentration camps and died during World War II, and the Righteous Resistance Fighters (Jews and Gentiles) who fought and saved Jews from the Holocaust. More Jews in France survived the war than in neighboring countries, partly due to the Jewish Resistance heroes and the assistance of non-Jewish French. The French Shoah Memorial includes a wall of over 3,300 names of those who saved Jews called the Allée des Justes (Alley of the Righteous).

These and other historic sites come to life on Rudel’s virtual tours. Before you ‘leave’ for a Sight Seeker’s Delight trip, she sends a list of books to read and movies to watch to help you get in the esprit Français (French spirit). She also sends the recipes for a complete French meal. The tours are about 90 minutes long, followed by a question and answer session.

As Rudel claims, “Your feet won’t hurt after we are finished, but you should be mentally inspired and thirsty for more fabulous stories all about Paris.”