The booths’ design ensures complete separation between the subject and the sampler, even down to the air they breathe.

Dozens of these units were designed and manufactured by I.M. Segev Industries in collaboration with engineering and medical personnel at Maccabi Health Services, one of the four Israeli national health-maintenance organizations.

HMO members swipe their membership card on a reader attached to the booth so that results are reported directly to their electronic health record. 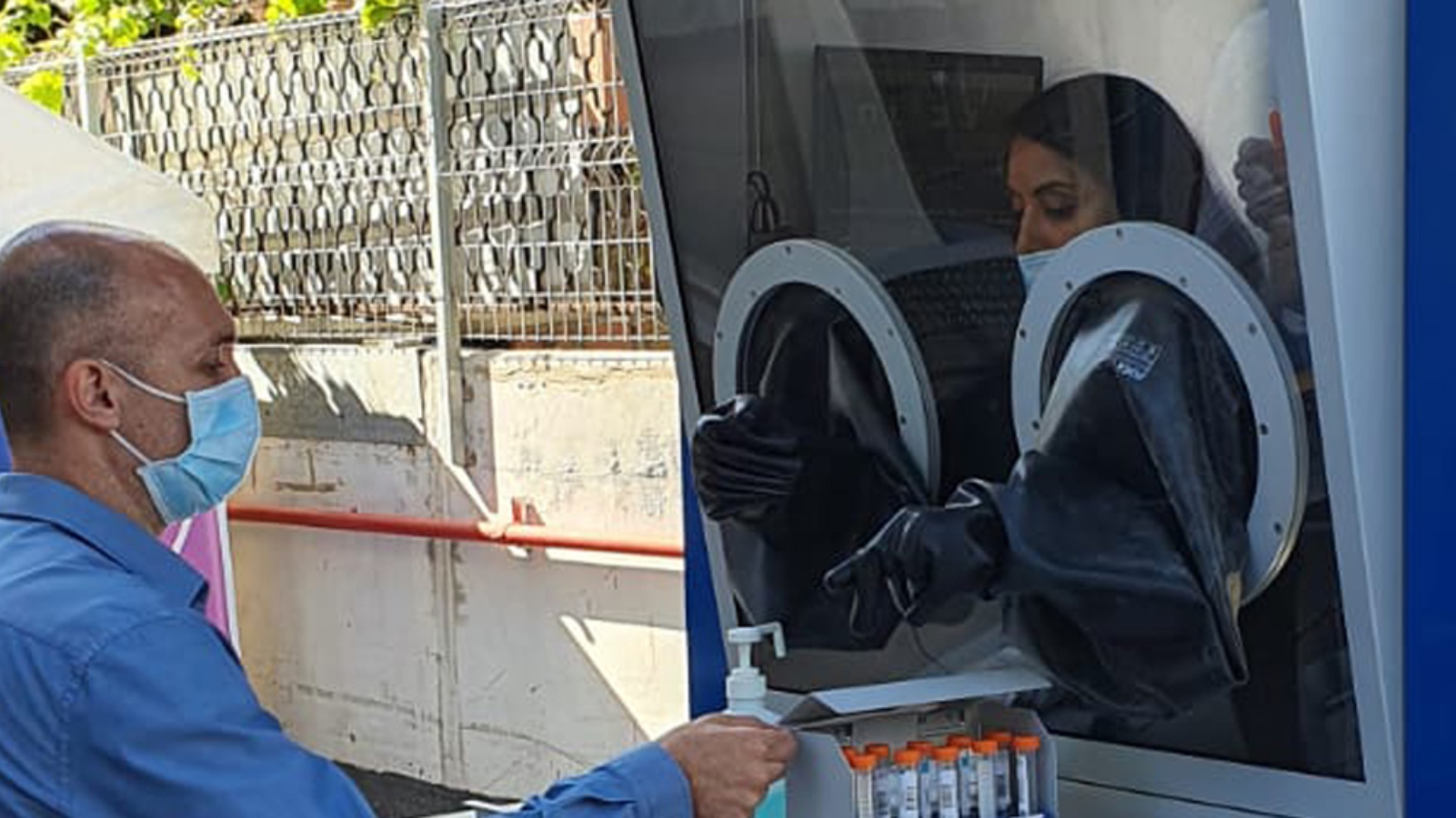 After the oral sample is taken with the worker’s hands enveloped in rubber gloves attached to the unit, the gloves are disinfected. This allows a quick turnaround for the next test.

“We would be happy to share our concept with any health organization worldwide in order to support our shared mission of fighting the Covid-19 virus,” said Ran Sa’ar, CEO of Maccabi.

The Israeli Association of Manufacturers made the connection between Maccabi and I.M. Segev. Additional booths have since been manufactured by I.M. Segev for HMOs Meuhedet and Clalit.

“This is groundbreaking work in the global war against the virus,” said Dvora Hassid, head of Maccabi’s central operations.

The video below shows how the booths are constructed and installed.

Until now, all of Israel’s Covid-19 testing has been carried out by Magen David Adom (MDA) in a variety of venues, including at home and at drive-through testing centers. 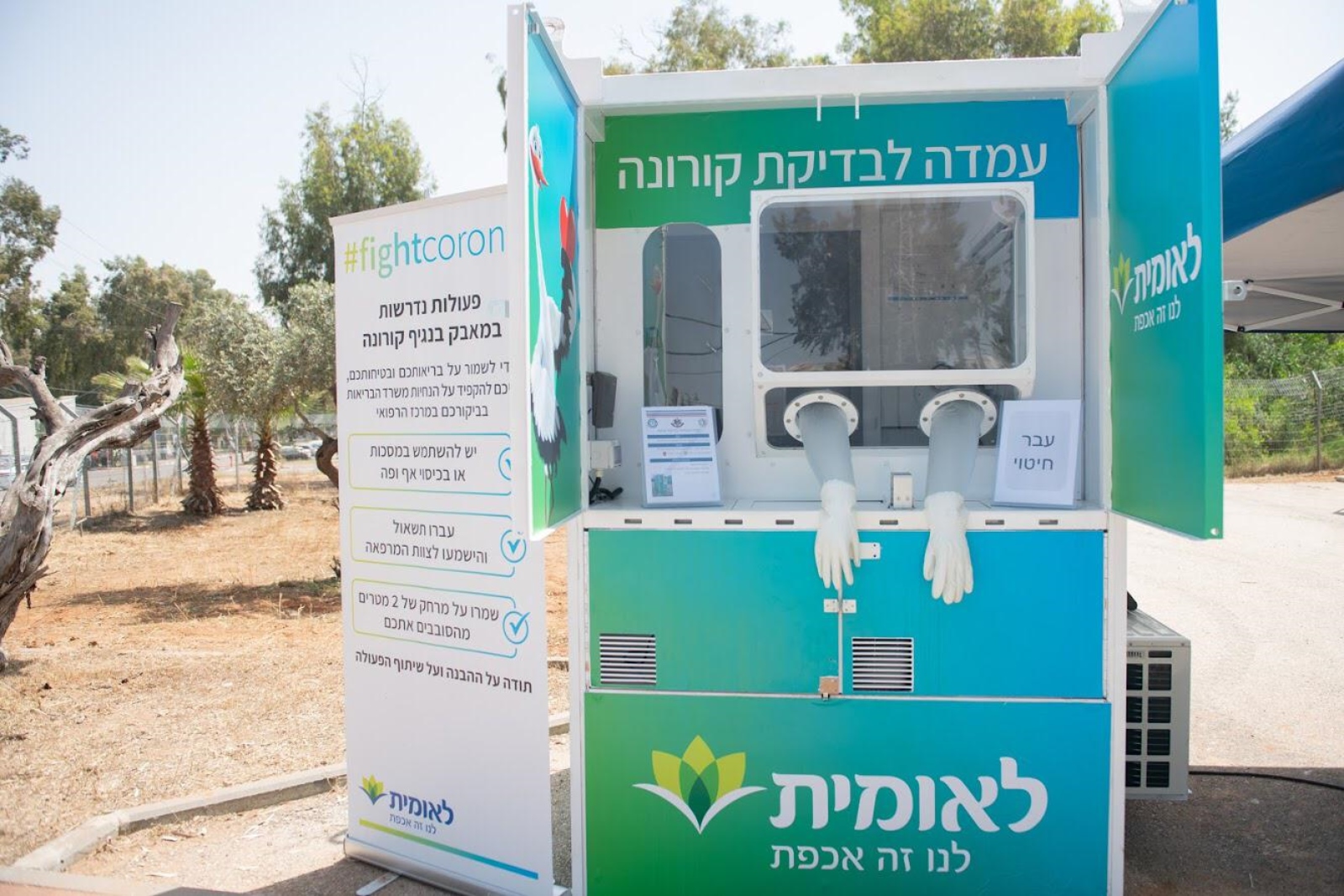 “The booths are built with negative-pressure conditions, which enables the teams to not use full protection gear and reduces the usage of gear,” a commander overseeing the project tells ISRAEL21c.

Most of the testing responsibility is now shifting to the HMOs, which led to increased demand for this innovative solution.

“Following the MDA project, a number of national health insurance providers turned to the IDF to produce similar booths for them,” the commander explains.

“We have created a single booth, mobile or fixed, according to their preference, in order to assist them and enable them to test potential patients as well. We deliver per request.” 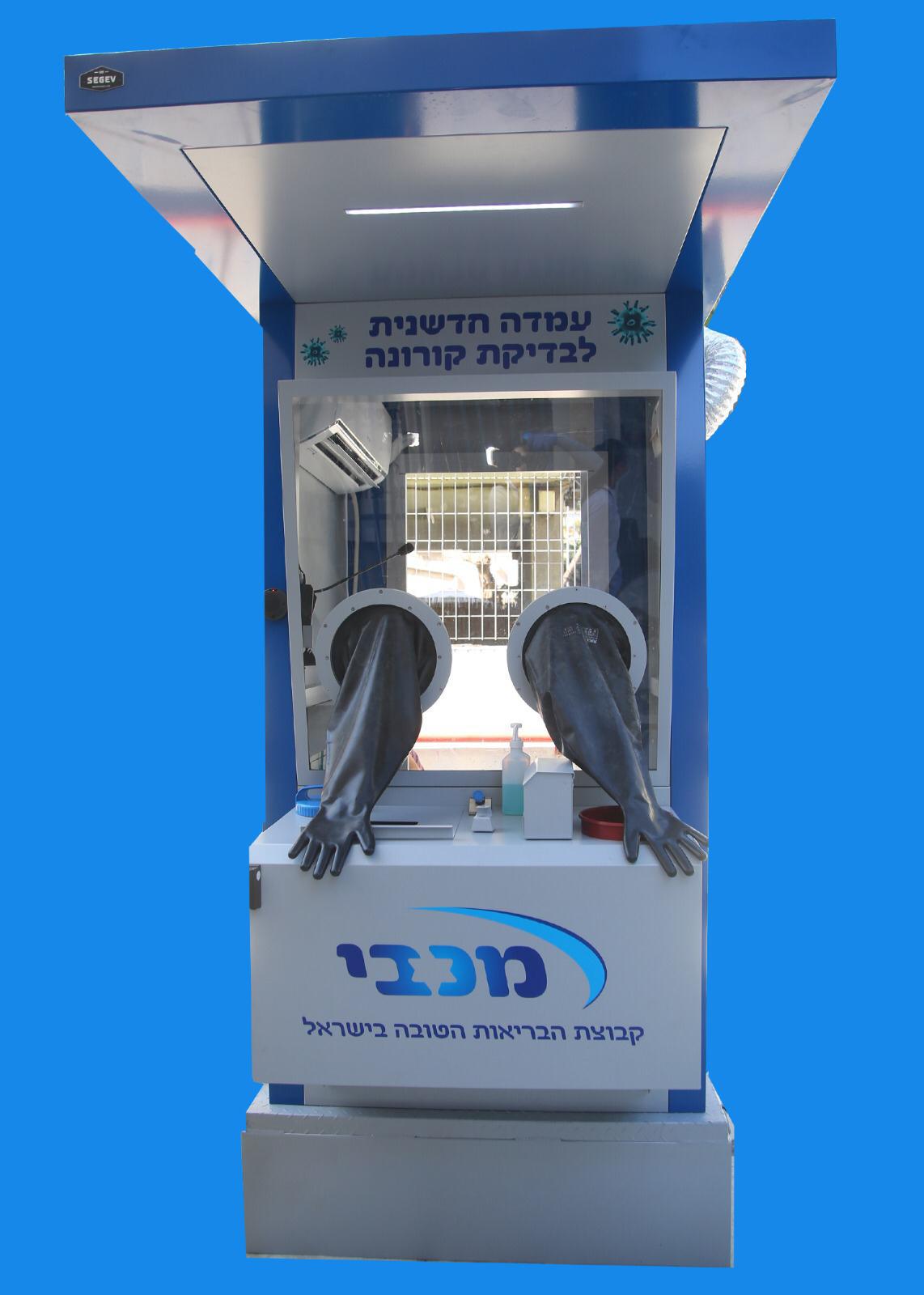 Miri Fenigson, vice president of business development I.M. Segev, a family-owned urban furniture manufacturer in Yavneh founded in 1977, tells ISRAEL21c that the phone is ringing off the hook due to international interest in the contact-free testing booths spurred by media attention in France, Italy, Germany, the United Kingdom, the US, and China.

In addition, Israel’s Ministry of Defense is interested in producing its standalone units on a large scale.

Fenigson also revealed a new and heartwarming use for contact-free kiosks in the coronavirus age: “hugging booths” now under development for the national organization representing about 300 elder-care institutions.

The hugging booths will employ the same safeguards as the testing booths. Offering embraces rather than swabs, they are meant to ease loneliness for residents unable to be in physical contact with their families.