Looking for a pampering vacation in a pastoral locale? Kibbutz hotels may be the perfect solution.

However, a smaller number of kibbutzim cater to guests who are simply seeking a pampering vacation in a pastoral locale.

These kibbutz hotels “are a unique opportunity to be in a beautiful rural setting like the Golan Heights or Jezreel Valley while staying in a hotel that’s really comfortable,” says Bill Slott, a tour guide and travel blogger who happens to live at Ketura.

Slott sees them as a good alternative to the two usual choices — urban and middle-of-nowhere — accommodations for visitors to Israel.

Indeed, most of Israel’s 273 kibbutzim are located in peripheral areas although some are quite close to cities (and one, Kibbutz Ramat Rachel, is inside Jerusalem city limits).

The following kibbutz hotels (listed from north to south) come recommended by tourists with a taste for four- and five-star accommodations. We welcome additional suggestions in the comments section below.

Hagoshrim Hotel & Nature is built on the site of a former Ottoman winter palace in the Upper Galilee. Rivulets and springs flow across the hotel grounds and through the kibbutz. There’s a circular walking route, a fitness center with two swimming pools, gym, sauna, basketball court, squash court and spa-treatment wing. The hotel’s 170 rooms are divided among three wings, one of which is for adults only. Within a short drive are the Agamon Hula Nature Reserve, Mount Hermon and the Banias Reserve. 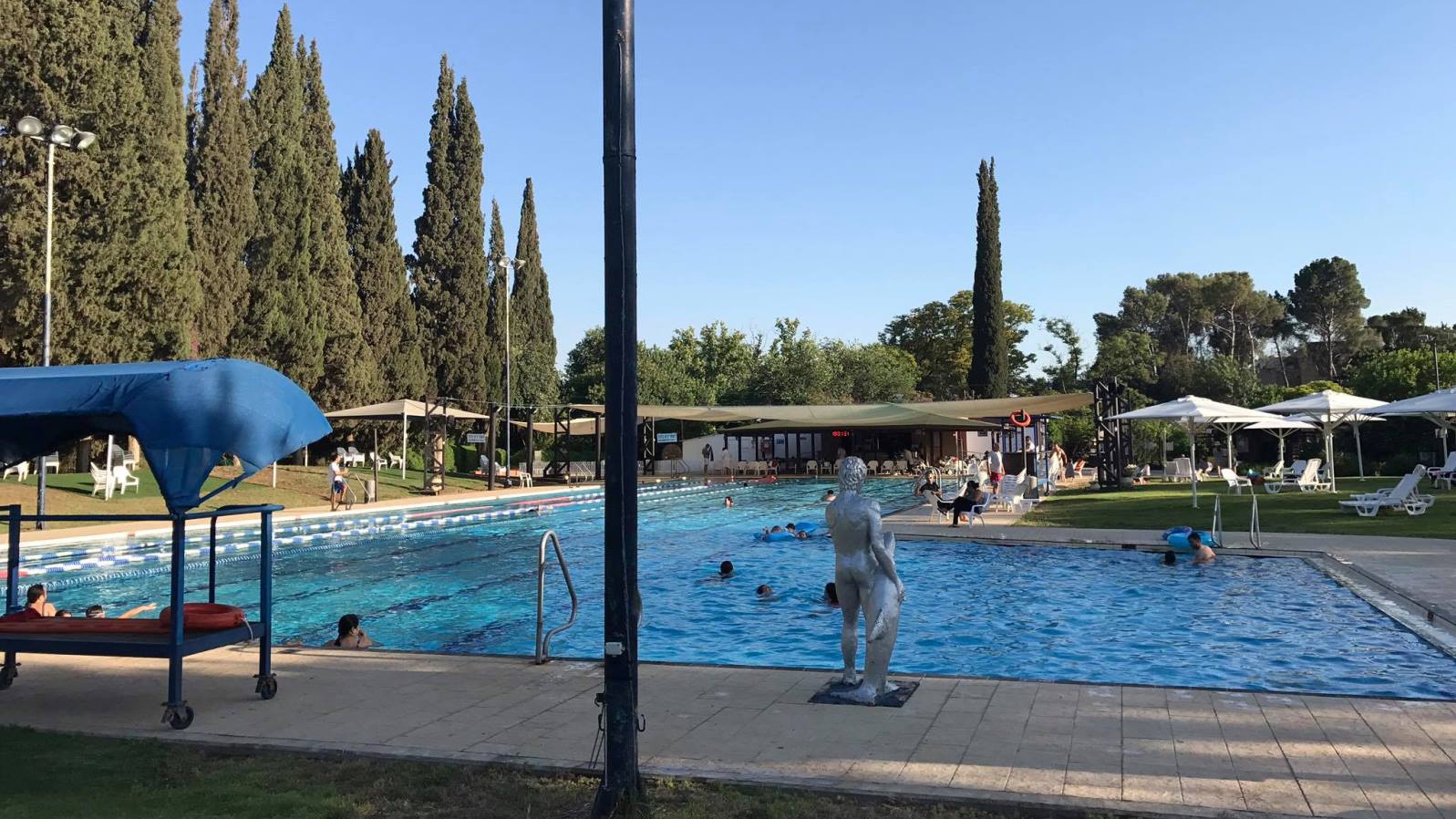 Opened in 1957 as a six-room guest house, Pastoral Hotel Kfar Blum in the Hula Valley of the Upper Galilee now offers 192 5-star rooms for families or couples, as well as a spa, tennis courts, Olympic swimming pool (in season), restaurant and conference center. The kibbutz is close to the birds and wildlife in the Hula Reserve, as well as boutique wineries, museums and parks. Hotel guests receive discount coupons to attractions such as Jordan River kayaking. 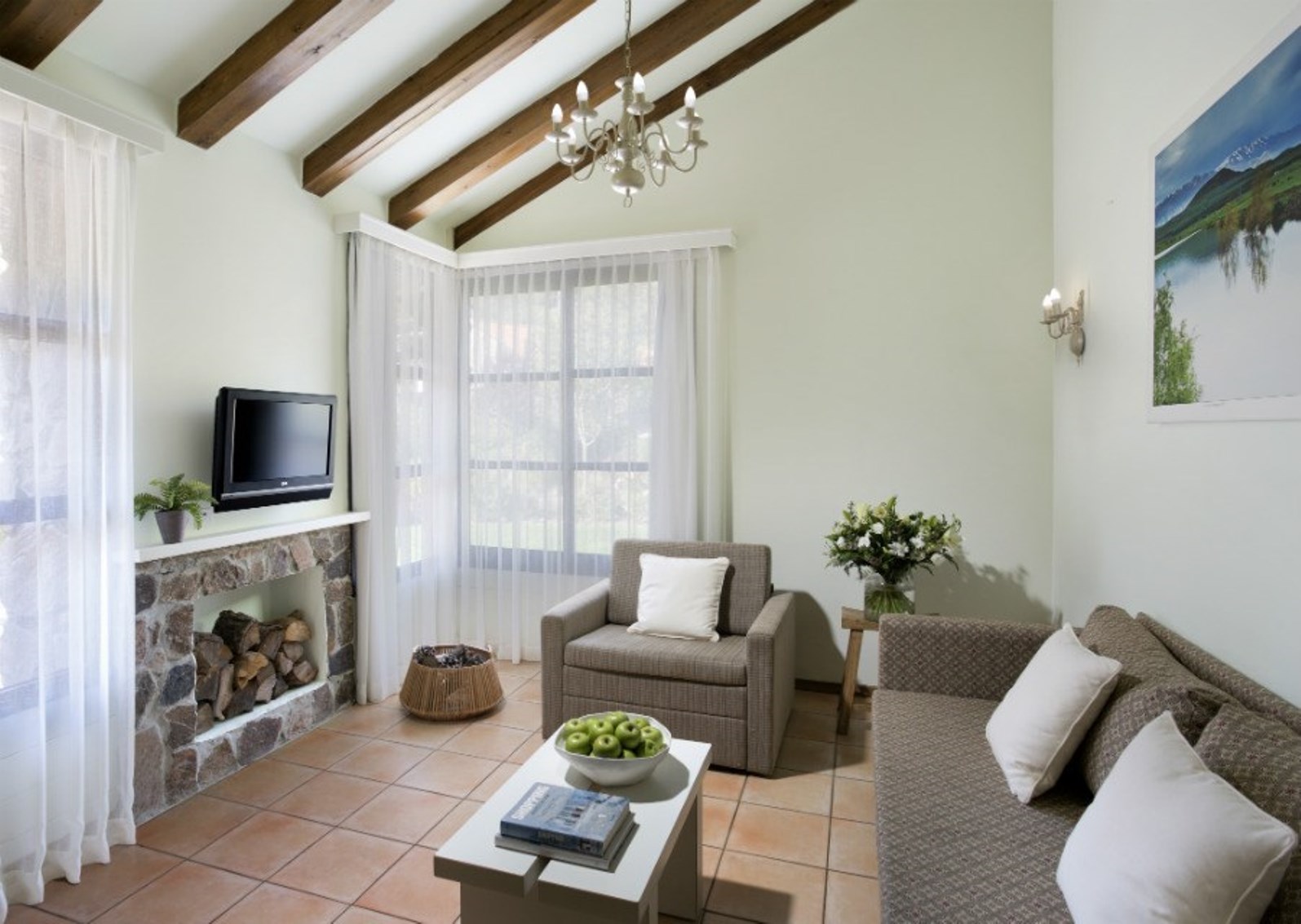 Merom Golan Resort Village encompasses 32 studio rooms and 46 two-room cabins, all with kitchen facilities. The kibbutz also has a horse ranch, an indoor swimming pool, playground, basketball court and a kosher meat restaurant. On the peak of Mount Bental nearby is Coffee Annan, said to be the highest café in Israel. 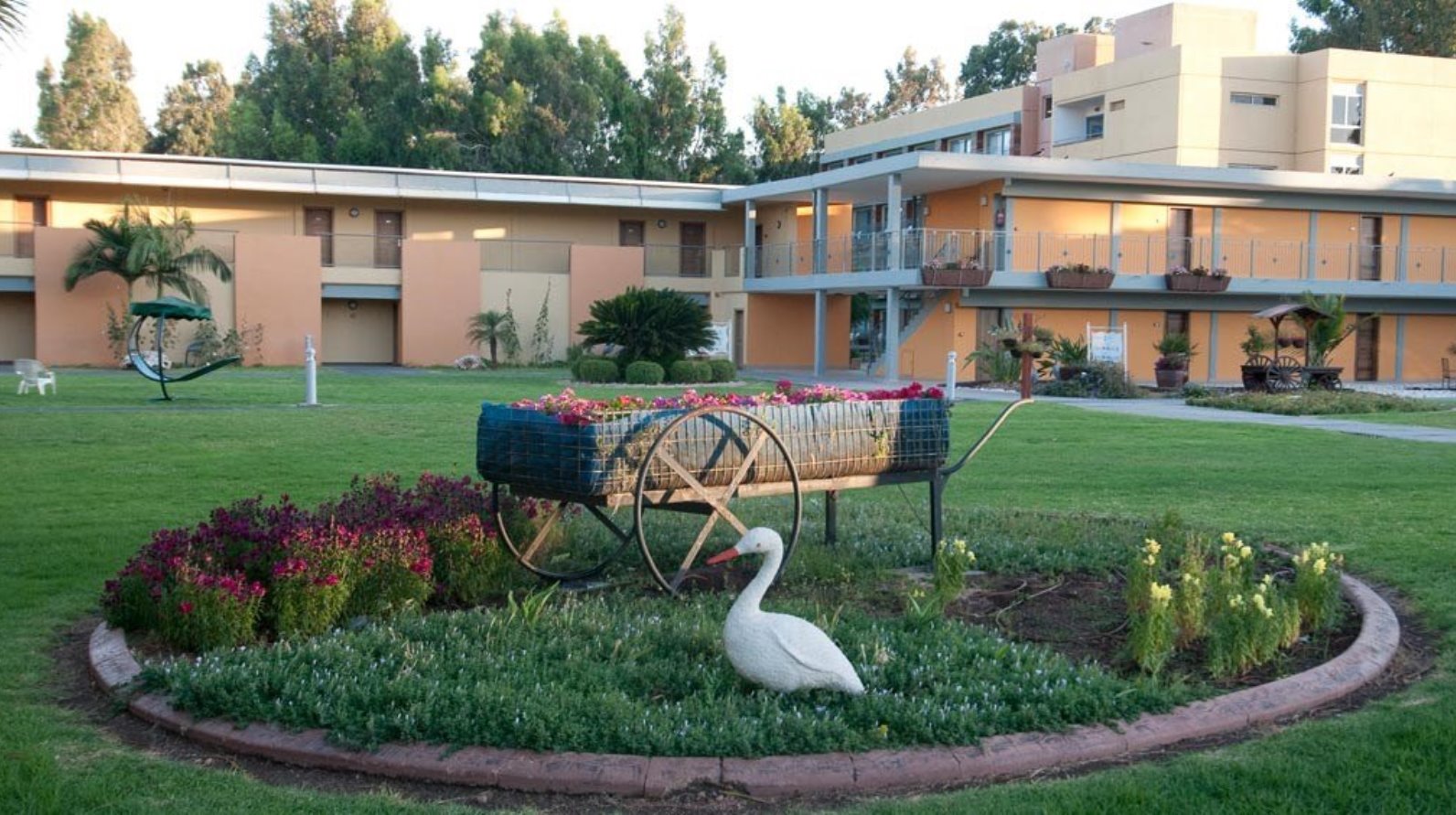 Nof Ginosar Hotel is near Tiberias and major tourist attractions in the Galilee region. Situated on 40,000 square meters of green landscapes, the hotel features 168 rooms and suites, a private beach, seasonal swimming pool, tennis and basketball courts, hiking/jogging paths along the Tzalmon River, a playground and a kosher restaurant. An adjacent Resort Village offers 69 rooms and four family suites. 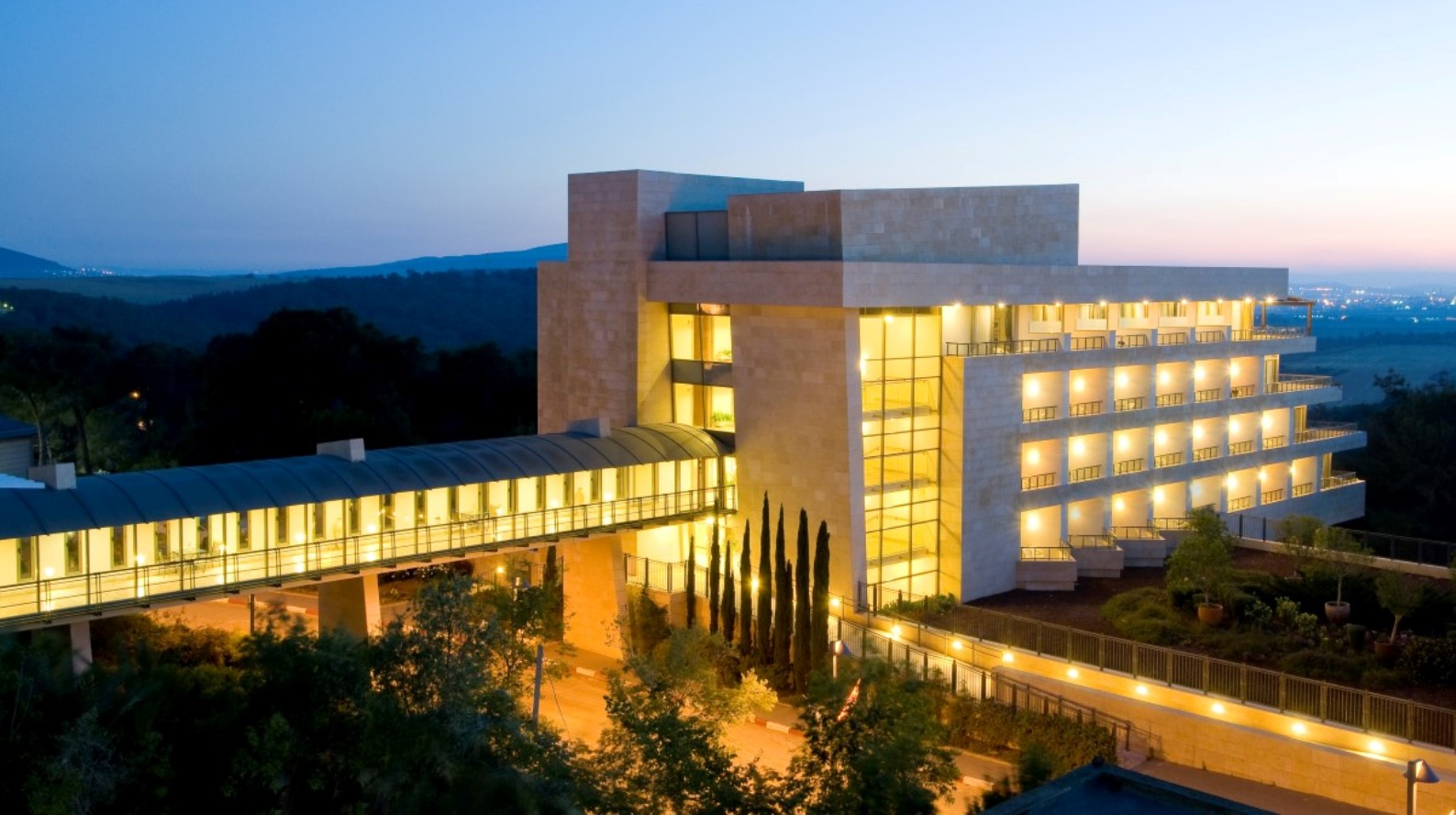 Kibbutz Lavi’s 184-room, kosher 4-star hotel in the eastern Galilee is 10 minutes’ drive from Tiberias on the Sea of Galilee (Lake Kinneret). Started in 1962 as a group of guest houses, the two-wing hotel with restaurant and meeting halls is still run by kibbutz members. Guests from Israel and countries including France, Italy, Spain, South America, Germany, China and the United States can use the nearby kibbutz swimming pool and tour the Lavi dairy farm and furniture factory.

The Kibbutz Nahsholim Seaside Resort at the foot of Mount Carmel sits on Dor Beach, a Mediterranean stretch that boasts blue lagoons, a natural bay and small islands. Guests can choose between several types of units of different sizes throughout the kibbutz and its grounds, some of them decorated in a sea motif by the renowned London-based Israeli designer Nir Gilad. First-floor rooms have private pools. A kosher gourmet dairy restaurant is on the premises. 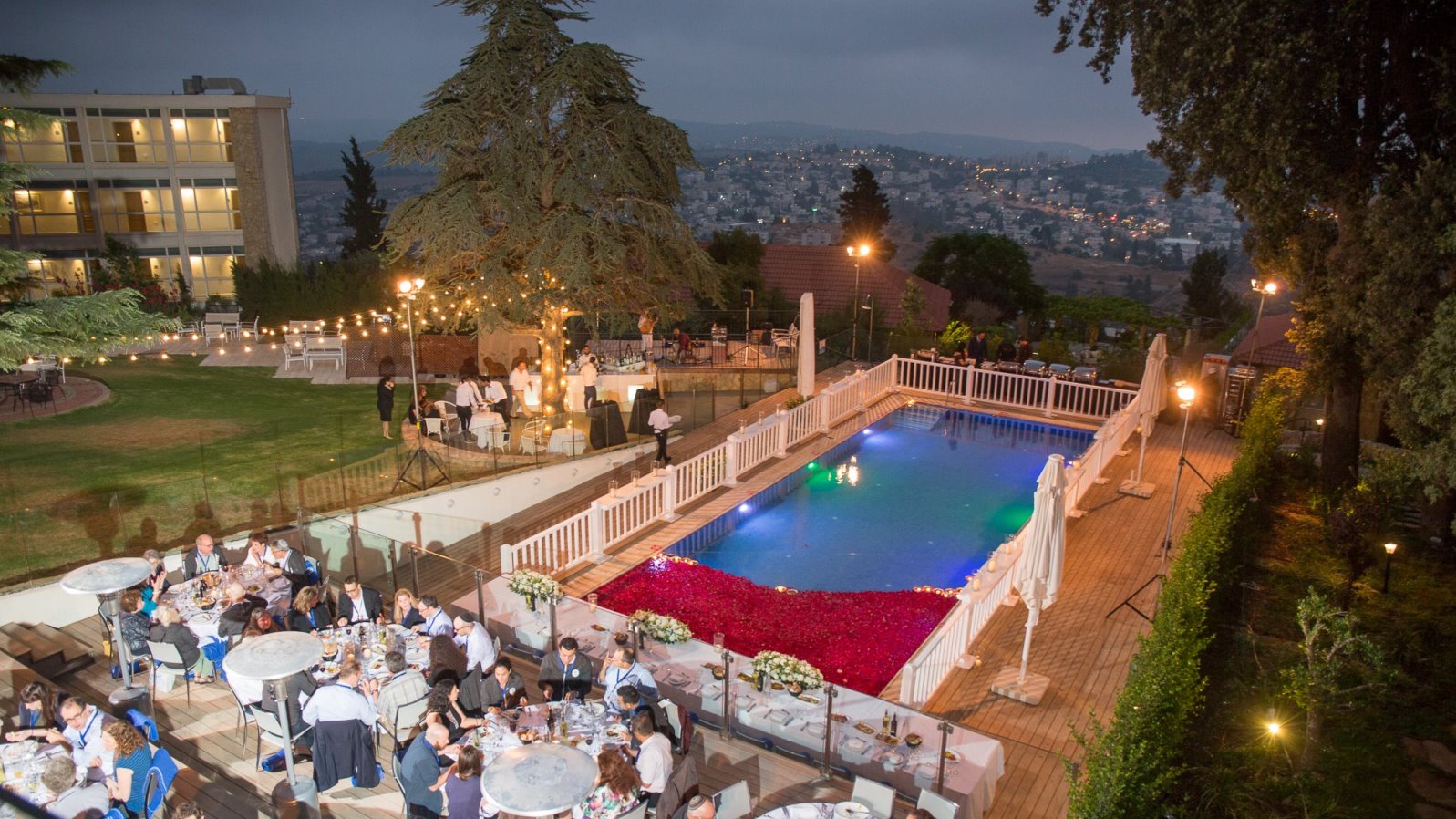 The 220-room Ye’arim (Forests) Hotel and Sekoya events hall and garden provide most of the income for the now privatized Kibbutz Ma’ale Hachamisha atop one of the highest peaks in the Jerusalem hills. There’s an indoor pool, a spa and a gym, restaurant and private gardens. 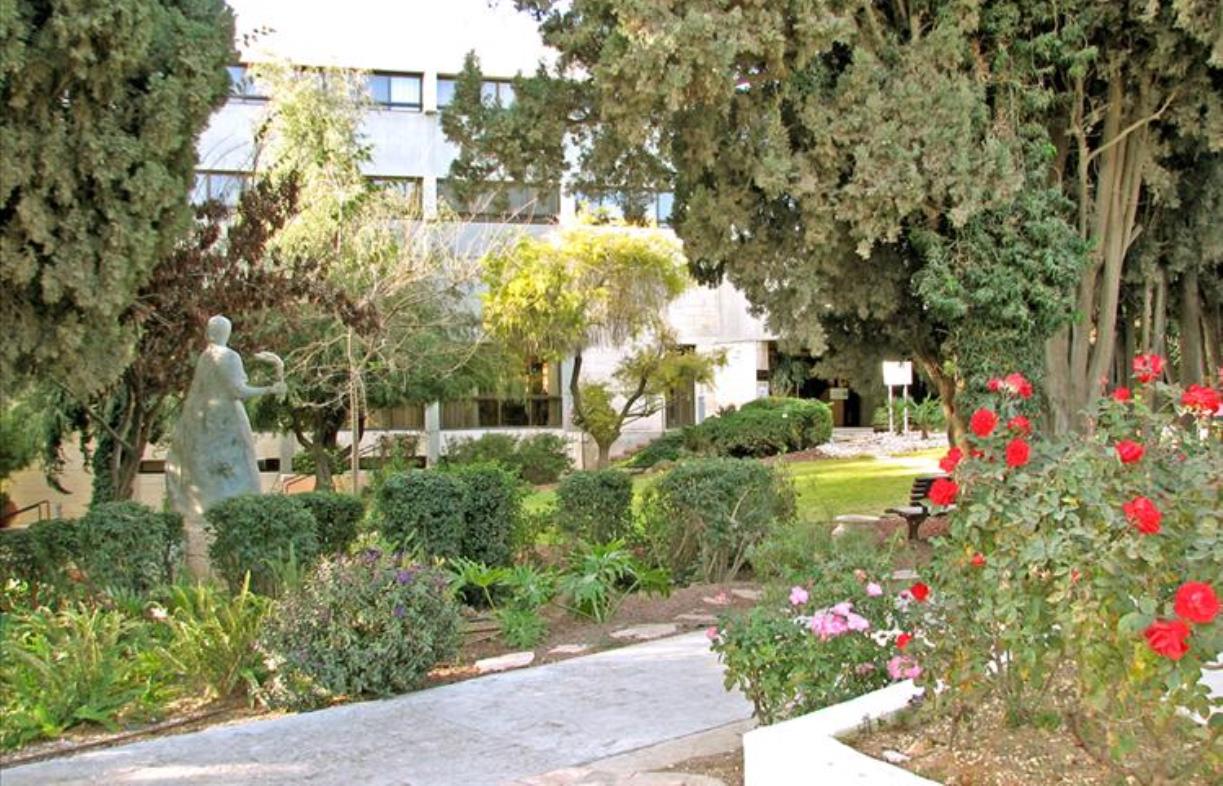 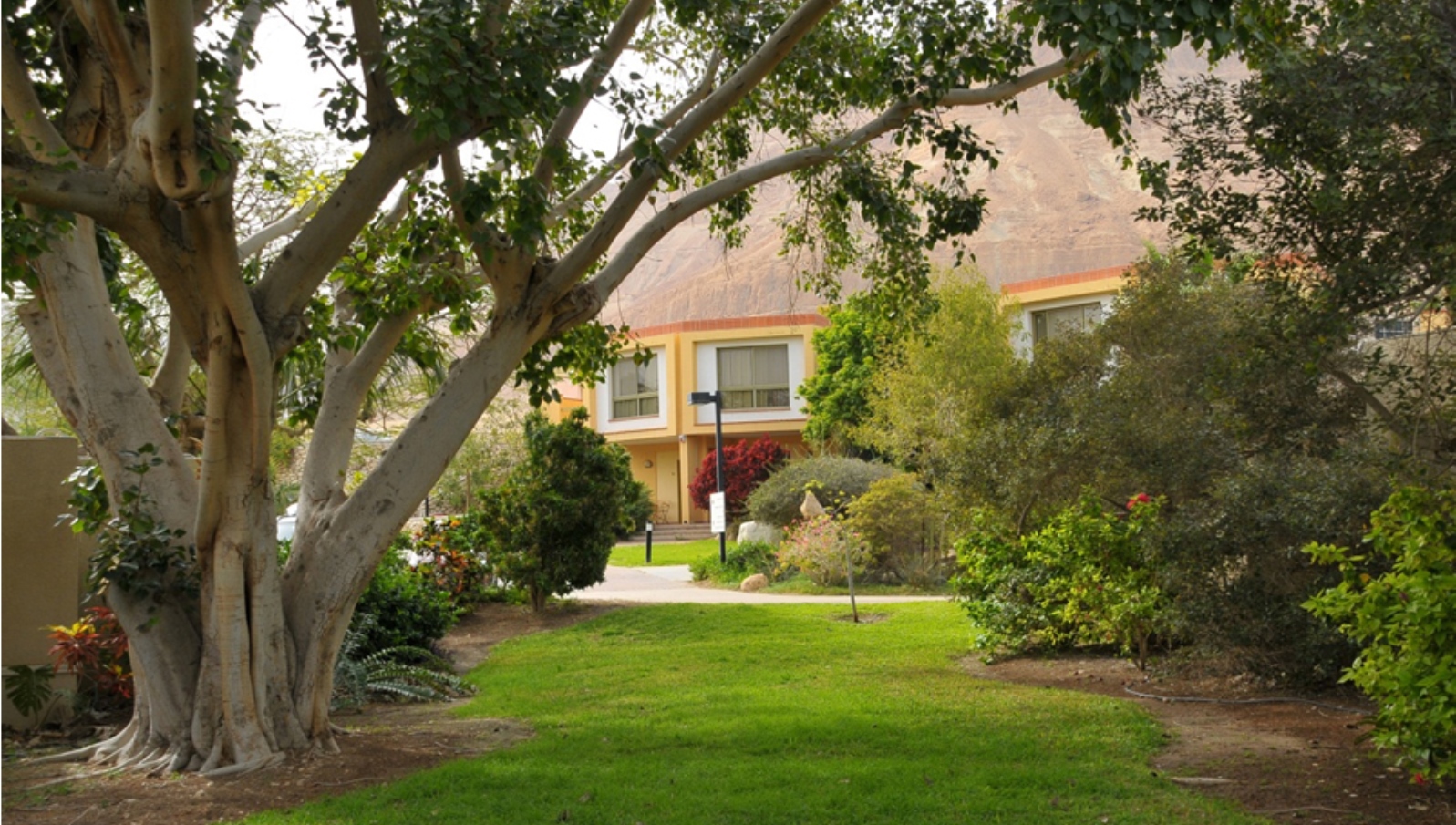 Ein Gedi Hotel overlooking the Dead Sea started years ago with two wooden cabins and separate showers and toilets. By 2012, it had transformed into a full-fledged hotel with 166 mini suites and rooms plus a luxury spa, swimming pool, tennis courts, natural sulphur pools, mineral mud baths, and kosher restaurant amid a lushly landscaped setting that includes a botanical garden.