[Although Chanukah reminds us of political as well as religious events, it is the religious undertone that is celebrated. The political freedom is only secondary to the religious freedom that the ancient Jews attained by throwing off the yoke of the hated Seleucid Greeks that conquered Israel. Becoming politically independent was not enough, re-commemorating the Temple of Jerusalem, dedicating again to the exclusive service of the One was the only true purpose of the rebellion. Religious and secular Jews, celebrate this holiday and its universal message of freedom. MH]
From The Wall Street Journal, December 20th 2012 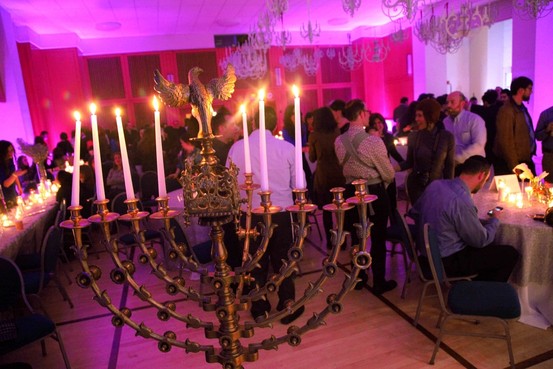 In an already muted and sobering holiday season, it was easy to blink and miss Hanukkah this year, especially because those eight crazy nights came so early. That is, unless you were caught in the traffic pattern of one of the seasonal Chabad Mitzvah Tank parades, which feature menorahs on the top of each car driving through the streets. Those can be intense. 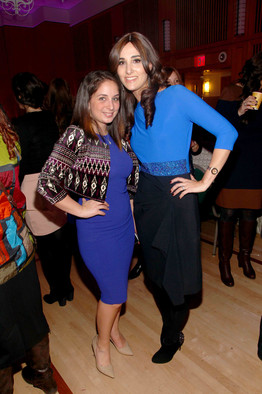 Astrid Stawiarz for The Wall Street Journal – Sara Weisblum and the founder of Jew in the City, Allison Josephs, attend the organization’s Hanukkah party 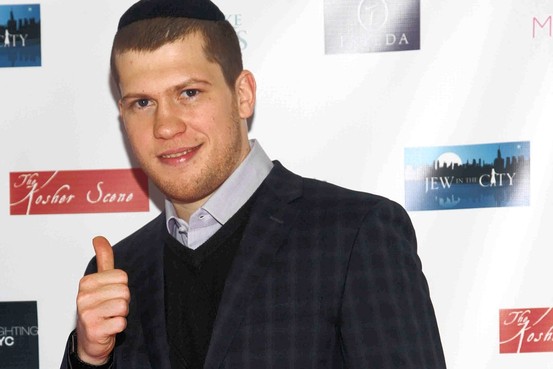 Festive Christmas parties far outweigh any Hanukkah celebrations in New York, anyway. One of the bigger games in town is the Family Hanukkah Party thrown at the Jewish Museum uptown. This year’s party—the 18th annual—was co-chaired by Jacqueline Harris Hochberg and Robert J. Hochberg; Sharon Coplan Hurowitz and Richard Hurowitz; Tara Mark Rosenblum and Kenneth Rosenblum; and Lyss and Brian Stern. There was a candle-lighting ceremony and a performance by the a capella group the Maccabeats, named after the Maccabees, the heroes, as we know it, of Hanukkah. There was also a glitter-tattoo parlor, robot building by RoboFun, balloon art and a special appearance by Wendy the Pipe Cleaner Lady, who makes things like rose cocktail rings out of pipe cleaners. And what kind of Hanukkah party would be complete without Wendy the Pipe Cleaner Lady?

Allison Josephs was dealing with an older crowd for her Hanukkah party, so she skimped on the pipe-cleaner activities. But she did have several kinds of latkes (including the sweet-potato variety) with eight dipping sauces and a doughnut fondue bar. Both potato pancakes and doughnuts are cooked during the holiday to celebrate the miraculous eight nights of candles the Maccabees were able to light through one small bit of oil.

Ms. Josephs, who lives in New Jersey, runs an organization called Jew in the City, the point of which is to celebrate successful, well-known Orthodox Jews. Her Hanukkah party took place at Kehilath Jeshurun, to launch the “Orthodox Jewish All Stars” YouTube video, which features such notables as Mayim Bialik (with whom Ms. Josephs studies Torah over the phone), the novelist Faye Kellerman and the 27-year-old British pop singer Alex Clare, whose song “Too Close” was a surprise radio hit this summer. 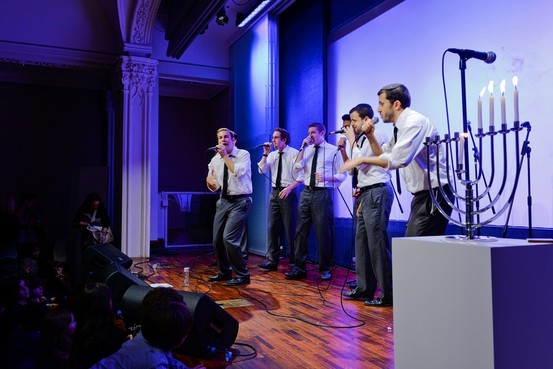 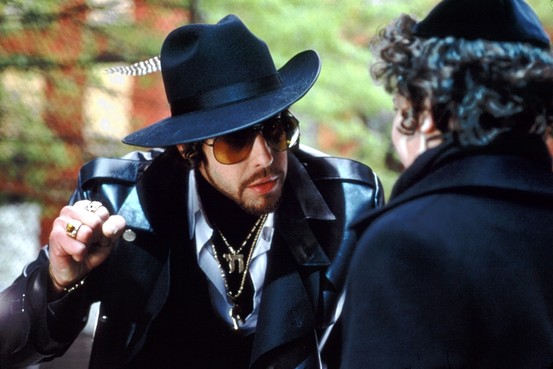 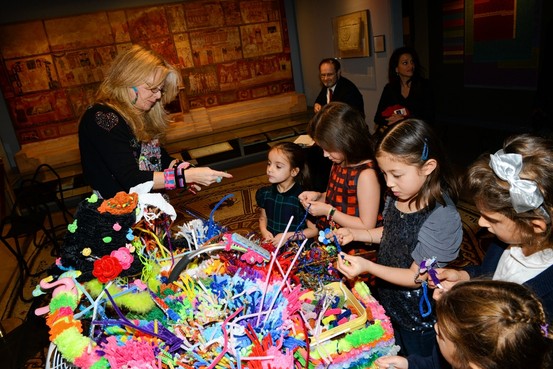 “I saw an article about him where it said he was Lubovitch,” said Ms. Josephs of Mr. Clare. “So I asked every Orthodox Jew I knew if they knew him. When I finally got in touch with him, my first words were, ‘I’m sorry. I’ve been a little excited.'” (At this moment the D.J. she hired was playing a Hebrew version of Ke$ha’s hit song “Tik Tok” in the background. A riff on the “Seinfeld” theme song came next.)

Ms. Josephs said her organization was “not like JDate” but she wasn’t averse to making any “shidduch.” “If you meet someone,” she said, digging into a sweet-potato latke, “then Mazel Tov.”

We couldn’t discuss Hanukkah without making note of a press release that recently came across our desk. It announced that a sequel to the cult favorite Jew-xploitation movie “The Hebrew Hammer” is in the works, thanks to a crowdfunding campaign that has raised $35,000 on Jewcer.com in its first two weeks. The original “Hebrew Hammer” was released in 2003. It’s about an Orthodox Jew named Mordechai Jefferson Carver (played by Adam Goldberg) who goes on a quest to save Hanukkah from Santa Claus’s evil son, Damian (Andy Dick).

The sequel is tentatively titled “The Hebrew Hammer vs. Hitler,” said its writer and director Jonathan Kesselman, who hopes to raise $200,000 by the end of January in order to start production on the feature in May. The film has a projected budget of $2 million.

“It will be kind of ‘History of the World’ meets ‘Bill and Ted’s Excellent Adventure,'” said Mr. Kesselman, who lives in Cobble Hill, directs commercials and handles the creative advertising for the yogurt company Red Mango.

Mr. Kesselman said he didn’t have an easy time getting funding for the first movie, either. “Everybody kept saying it was funny, but too Jewish,” he recalled. Eventually it had its premiere at Sundance, and though a botched theatrical release made a domestic box office gross relatively minimal, its fan base grew from regular airings on Comedy Central.

Mr. Kesselman said that he didn’t go to many Hanukkah parties this year, though “it’d be nice to have a big one, get a giant Hanukkah bush and gather around the piano singing show tunes which were mostly written by Jews.” He asked, “Is there a good version of eggnog for us?” We suggested Manischewitz cocktails. “Yeah,” he responded, “Maybe light on the Manischewitz, high on the vodka.”

Regardless, said Mr. Kesselman, “if I could finance this movie, that would be a nice Hanukkah miracle, too.”