The most familiar types of luxury hotels fall into two distinct categories. Some are built into landmark buildings updated with modern appointments but true to their historic origins. Others are conceptualized and built to represent the latest breakthroughs in architecture and modern hospitality. The Mamilla Hotel, meanwhile, is a rarity in that it successfully fuses the two.

The foundation of the hotel and adjoining shopping street are built atop Alrov Mamilla Avenue, which dates back centuries. The hallowed ground was said to be the site of a water reservoir built by King Herod during the first century B.C., and a Mamluk cemetery from the Crusaders era. During the Ottoman Empire in the 19th century, it became one of the earliest commercial districts outside the Jaffa Gates and Old City.

About a decade ago, internationally renowned Israeli architect Moshe Safdie and Italian interior designer Pierro Lissoni took on the monumental task of building a dramatic, modern, luxury property while preserving the historic integrity of the original structures and streets. One unique detail the property’s general manager points out is a wall of numbered stones facing into the shopping corridor and opposite Mamilla’s Akasha Spa and fitness center (open to both guests and local members). Each brick was numbered so it could be replaced in the correct spot as the hotel came together. Those numbers were not removed, resulting in a dramatic effect that represents the care that went into the hotel’s construction and the reality Jerusalem is a city undergoing constant change. 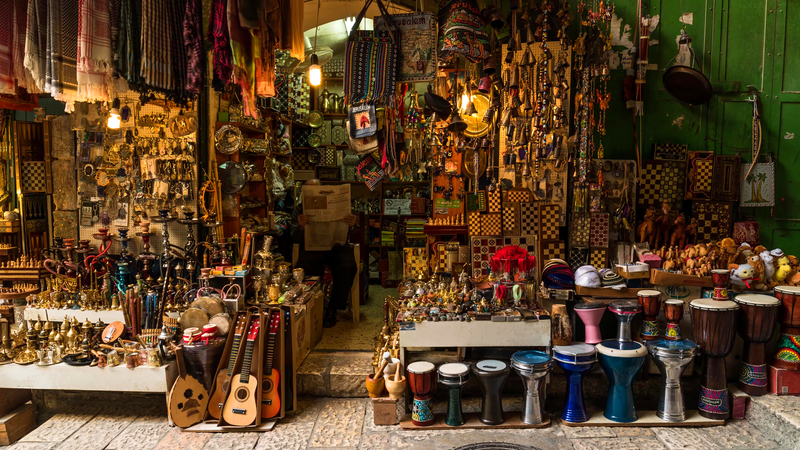 Lissoni’s crisp, understated rooms offset the magnificent architecture of classical Jerusalem, and are further enhanced with modern luxury appointments such as Frette bedding, a Nespresso machine and Bulgari amenities. Larger family suites are available for adults traveling with two kids up to age 13 and an infant that add in larger closets and a living room area.

Bright accessories, canvases and sculptures by Israeli artists in the public areas, curated by designer/architect Yael Amir-Sternberg, underscore the capitol’s modern energy while shaping much of the lobby into a “living room” used by locals as well as visitors for informal meetings, coffee and resting between activities. Terraces and courtyards visually flow into the Mamilla neighborhood, which serves as a bridge connecting Jerusalem of old and new and is of great significance to the city’s history.

Even with easy access to hearty street food and fine dining, the property itself has two restaurants and a bar regarded as local institutions and all under Kosher supervision by Jerusalem rabbis. The Rooftop Restaurant, which draws young professionals, seasoned government executives and family groups in celebration mode, serves simple dishes that theoretically can be enjoyed anywhere in the world, but take full advantage of the country’s year-round growing season. The casual Happy Fish, meanwhile, taps into the family kitchen zeitgeist for a kosher menu enlivened by homegrown herbs and produce.

Adult and multigenerational family groups, meanwhile, may want to spend one day of their stay off the tourist track, taking advantage of ambient Akasha Spa’s wellness packages, treatments and services beyond the well-appointed fitness room. Various massage and beauty treatment specials factor in access to its Turkish Hammam (separate for female and male), indoor swimming pool, sun deck, meditation room, classes, daily use of a locker and opportunities to chat with the fitness club’s local members who, according to management, are always open to sharing personal recommendations for shopping, dining and cultural happenings around town.