After These Jewish Prayer Services, Things Come ‘To Life’ at Open Bar 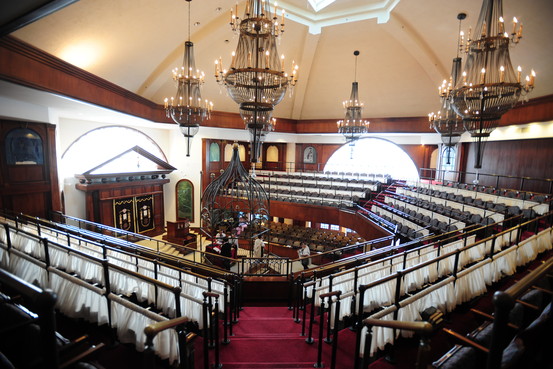 Carlos ChattahMain sanctuary of ‘The Shul’ near Bal Harbour, Fla. It replicates three synagogues—in Warsaw, Krakow and Prague—destroyed by the Nazis in World War II, according to Rabbi Sholom Lipskar.

The synagogue, called The Shul, attracts anywhere from 500 to 800 people each week. Most attend services in the main sanctuary that start around 9 a.m. But some early birds show up for prayers that begin at 7:15 a.m. and conclude by 9:15. Then it is party time for the largely male crowd.

This elegant seaside place of worship is on the cutting edge of the Kiddush—a lavish repast that has helped transform the staid postservice fellowship hour to the kind of boozy, over-the-top spread synonymous with weddings.

Such affairs have become so de rigueur to luring congregants that Rabbi Lipskar has solicited donors for a special “Kiddush bank” to fund the pricey libations and epicurean fare that can cost anywhere from $1,800 to $3,600 per week. 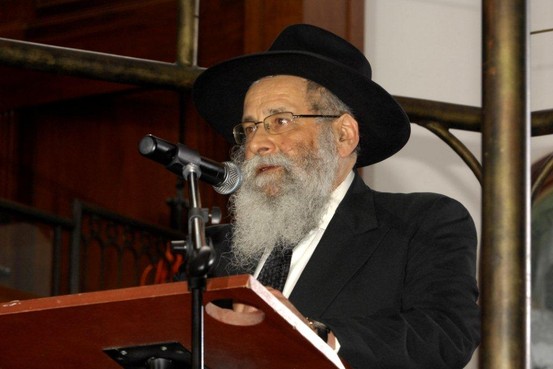 “It is perfect,” says Rabbi Lipskar, whose synagogue is part of the Hasidic Lubavitch movement. “God didn’t make the delicious stuff only for non-Jews.” Those who want a shot of hard liquor—they don’t say “let’s have a drink,” but “let’s have a L’chaim,” he says, referring to the traditional Jewish toast “to life.”

“This is not a drinking fest,” he adds. “The drinks are in small cups.”

In the face of dwindling attendance at religious services, many rabbis have become similarly creative. At the Bal Harbour shul and other synagogues, the sumptuous food, fine wines and liquors are a way to help draw congregants. 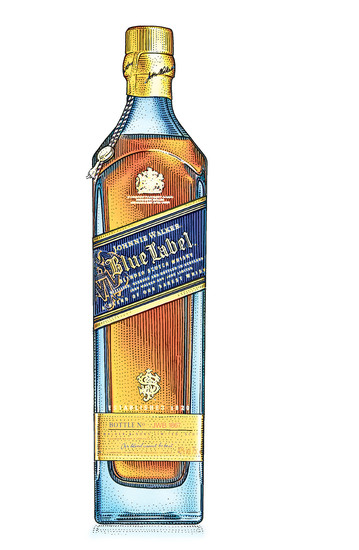 As early as January, Rabbi Marc Schneier was already well into planning his synagogue’s summer worship in New York’s posh Hamptons community. He is lining up guest speakers, interviewing assistant rabbis—and considering ways to improve on the martini bar.

The “L’chaim” table of high-price spirits is the most popular feature of The Hampton Synagogue’s Saturday summer service. “There is always vodka, an assortment of single malts, tequila,” says Robert Fisher, a friend of the rabbi who serves as adviser on food and drink.

Rabbi Schneier notes that the fetes don’t get overly boisterous. It is all about the “M-word,” he insists—not martinis, but “moderation.”

The same might not be said about the food. One weekend the entrees included pan-seared sesame salmon and sliced steak with horseradish cream. There is always seafood salad—the rabbi’s favorite dish—albeit made with pollock and whiting since the congregation adheres to kosher laws banning shellfish. The “herring bar” features 12 different variations named after each of the Twelve Tribes of Israel.

Raising a glass during or after services isn’t strictly an Orthodox phenomenon, says Rabbi Gerald Skolnik, who is president of the Rabbinical Assembly, the umbrella group of Conservative rabbis. Among both Conservative and Orthodox Jews, he has witnessed what he calls “the cult of alcohol on Sabbath morning in shul,” which means men leaving even during prayers to have a drink with their buddies. As kosher certifications for wine and spirits have exploded, observant Jews have had access to finer wines—and they have indulged. 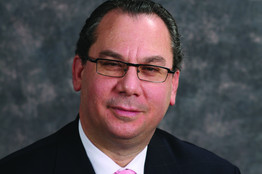 Lincoln Square Synagogue on Manhattan’s West Side was a mob scene last Saturday as congregants gathered in the elegant new $50 million sanctuary to pray and then descended on the “Gala Kiddush”—an array of gourmet dishes piled high on different table—meant to help draw new members to the institution.

“It is very competitive,” says Ora Hamelsdorf, one of two people assigned to oversee the Kiddush.

The Orthodox synagogue’s newsletter announced the formation of its own “L’Chaim Club,” asking members to contribute $100 for the purchase of liquor. In doing so, the bulletin added, a person can partake of the booze “guilt-free.” 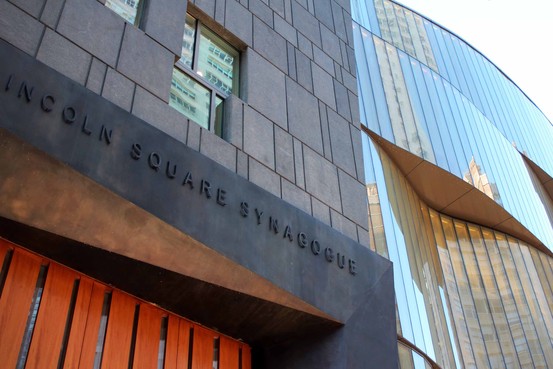 It wasn’t always this way. Traditionally, Kiddush consisted of some “stale sponge cake and Tam-Tam crackers,” with a smattering of herring, says Rabbi Schneier. It was a modest interlude, like its Christian counterpart, the church coffee hour.

“Once upon a time, some people went to synagogue to talk to God. Nowadays, more and more people come to see their friends,” says Jonathan Sarna, a professor of American Jewish history at Brandeis University. The prayers and sermons “are a distraction. Conviviality goes better with a drink.”

Beth Jacob Congregation of Beverly Hills has six different Kiddushes on any given Saturday, corresponding with different services, including one for “young professionals.” But the rabbi, Kalman Topp, says the growing trend is to have “breakaway Kiddushes” beyond synagogue walls. These are held in people’s homes and typically are men-only, with liquor being a big attraction.

“It usually involves quality whiskey,” says Rabbi Topp. “The perception is, the more expensive the bottle, the more prestigious the Kiddush.”

In Westhampton, N.Y., Rabbi Schneier’s synagogue has private sponsors each week who shell out $7,200 for food and $1,800 or more for the ever-changing bar—which may, incidentally, include rum-based mojitos, Champagne-infused Bellinis and the like. The L’chaim liquor table costs an additional $1,800—so the total can exceed $10,000 for a single Sabbath. Despite the steep cost, there are always eager sponsors, says the rabbi.

Last year in Bal Harbour, one donor made an unusual contribution. Each Friday afternoon, on the eve of the Sabbath, his driver appeared carrying a leather suitcase with a giant 1.75 liter bottle of Johnnie Walker Blue label tucked inside. At the Saturday Kiddush, a special volunteer handed out shot glasses of the $500 scotch. “It went pretty fast,” Rabbi Lipskar says. 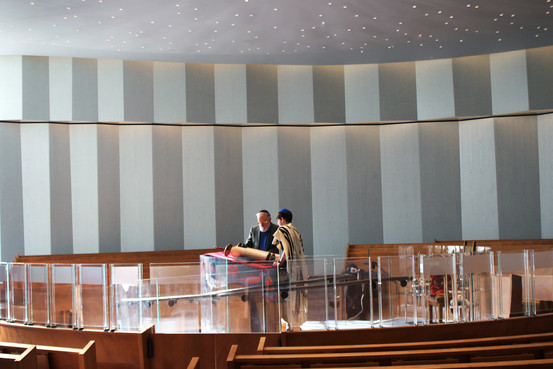 Some of the faithful cast a cold eye on such excess. “It is very upsetting. It is not in keeping with Jewish standards of modesty,” says Rabbi Tzvi Hersh Weinreb, executive vice president emeritus of the Orthodox Union, an umbrella organization for Orthodox congregations.

Neither does Rabbi Hershel Billet, of Woodmere, N.Y., approve of heavy drinking as a part of synagogue culture. He recalls how, a few years ago, men were getting up and leaving in the middle of his own services. “They’d return drunk, loud. It had to stop,” he says.

While he himself likes a glass of fine wine, he decided to ban liquor in the synagogue several years ago. Some members left in protest.

Meanwhile, Kiddush in the Hamptons is shaping up to be more upscale than ever. On a recent evening, Rabbi Schneier and Mr. Fisher brainstormed about the season ahead, which starts on Mother’s Day weekend and lasts till Thanksgiving.

“Do you think we could have a Kentucky Derby Kiddush?” Mr. Fisher muses. Some summer residents start the season early by coming to check on their homes. “We could serve mint juleps,” he says. The women, he imagines, could don fancy hats.